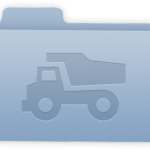 Now that we have the ability to produce content should we? Who wants to hear what you are saying anyway?  Should students?

Michael- A wise man, Michael Lambert, once told me that students MUST become producers of content and not just consumers.  The reality is that in today’s media literate world, and I have said this before,  the person who can spread her ideas wins! Only producers or content will be able to spread their ideas. Producing content is painful!  Now more so than ever.  No longer should we sit back and write an essay and be done.  Rather, we should take those ideas and convert them into a digital medium such as an infographic, short film, audio recording and more.  Better yet, take what your idea and build a technical program for it involving coding. Maybe rally others to your cause and create a group/movement that cares as deeply about something as you do. The barriers to entry to content creation are disappearing.  We no longer have any excuse not to take advantage of the tools before us and to create something awesome. Chris - Do unstructured “Maker Spaces” lead to learning? I have been wrestling with this question for months now, as our school designs for maker spaces in the build outs to come. Fortunately for me, Annie Murphy Paul, a must-read writers of all things educational, researched the issue for me! Her blog post is brilliant, because it largely agrees with my gut instinct. In short, there are an insufficient number of longitudinal studies of maker spaces to answer the question directly, but research into “cognitive load theory” and “productive failure” give us meaningful answers to the question. Cognitive load theory tells us that learning and creating are two distinct intellectual activities in a battle for the finite resource of one’s cognitive load. No multitasking here. When we are creating we are not reflecting, a critical exercise in order to make experiences useful for later manipulation (i.e. learning). “Productive failure” calls for letting a person or group wrestle with a problem without instructions. but only for a limited time. After experiencing frustration or a novel solution, the person/group can learn quickly, with interest level peaked, when an instructor demonstrates the solution. Holding these researched conclusions in tension, we see that basic skills or knowledge are typically suited to direct instruction, followed by novel experimentation. For maths this may mean a lesson that teaches a basic math skill, presents a novel challenge, lets kids wrestle with it, then presents the formal solution. For historical research, this may mean teaching a model of document analysis, presenting students with a heretofore unseen primary source, and having them wrestling with its analysis. Conclude the lesson with a formal analysis of the document, when students are most ready to learn. for a makerspace, teach a basic robot skill, allow kids to build makeshift robots, then create a robot using a structured guide. Jamie - Reading notebooks, writing notebooks, science notebooks, classroom blogs, e-portfolios, presentations, videos, papers, essays… take a peak in student’s backpacks desks and lockers and you will have to agree that content creation is an integral part of education. So what is the purpose of of all this content?  I think that the main idea is to practice creating a certain type of content (an essay, photograph, sculpture, etc.).  But I think that when the main purpose is practice and there isn’t an end goal, the content students produce is… dare I say it… often mundane.  If we are just practicing writing essays, then the student’s essays will all look the same.  But what if there was a greater purpose to the content?  What if the book reviews that students wrote were written for the library so that students could read student recommendations and get suggestions for books?  What if the engineering challenges in class were to create something that met an actual need in the school rather than a fictitious need? When you read about content creation in the workplace, often the first question asked is, “Who is your audience and why should they care about what your content.”  If you ask students that question, would their answer be, “The teacher is my audience and they have to give me a grade.”  Maybe that isn’t always a bad thing, but if we are truly trying to prepare students for real life, I think that sometimes we should go the extra mile with an assignment and challenge students to actually produce content that is relevant to an audience and purpose beyond teachers and grades.
Creative Commons