The Power of Video | Reflection Friday # 12 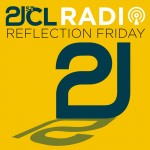 I was talking with a teacher recently about how they used technology in their classroom.  During the course of the conversation they said, “One way I use tech is that I often show students videos to help explain an idea or concept, but then just showing a video isn’t really integrating technology.”

I found this fascinating and exciting.  Video has become so much a part of our lives and our classrooms that I think that now we don’t even count showing a video to your class as technology integration.  I think that’s probably a good thing and also indicative of the power of video.  Richard Tiland wrote an article in Forbes magazine that talks about the power of video and states that, “The use of video is so ubiquitous in our everyday lives, it has become part of our subconscious.  We don’t even realize how much we know and learn from video.”

But I think that we have all been in a class where video has also been used incredibly ineffectively.  I think that video becomes powerful when it is used consciously and strategically.  When we take the time to think about why we are showing the clip or why we are having students create a video.  If the answer is because we need something to fill the time, then we undermine the potential of video. However, if our goal is to, “appeal to both sight and sound in a quick burst of stimulation, that captures the attention of the viewer immediately and makes a lasting impression.” (Richard Tiland) Then we have tapped into the power of video as a powerful tool for instruction and reflection.

I’ve mostly used video reflection in terms of class presentations and for coaching soccer, and the reason I use it is this:  No one will admit how foolish or how consistent their mistakes are until they are forced to watch themselves make those mistakes.  People will usually resist watching themselves give a presentation or play a game (I certainly don’t love it), but I’ve found it is one of the most effective ways of giving feedback, because it allows people to self-correct without having to hear it from a teacher or a coach.

The one thing I would make note of is that it is easy to fall into the trap of using video reflections as a purely corrective tool.  A lot of our fear of watching ourselves comes from how hard we can be on ourselves.  I believe it is the responsibility of the instructor to be very intentional about pointing out the highlights as well, because video can aid in reinforcing positive behavior just as well as it can reveal flaws.  Pedagogically, it allows me to give “immediate” feedback at my leisure, because the video allows the student to experience the performance whenever they watch the video.

Finally, for video to be most effective, I think it needs to be familiar.  Any time you introduce a foreign element into the classroom, it introduces a type of observer bias, changing the normal behavior, and frequently being perceived as “scary.”  The more common the video experience is, the less threatening and I think the more valuable that video becomes.

Video reflection is a scary idea.  It means we have to actually think about what we said (not just say) and presumably look for ways to improve our speaking or teaching practices.  In a way we do this with this podcast  when we listen to ourselves speak.  I know I make a ton of mistakes and surely notice them.  For example, I tend to speak way too fast and use the word “OK” a lot when speaking.

But we are talking about video here. I have filmed students giving presentations for years and ask them to reflect on how they did. They, of course, usually gripe about the process.  I “think” they find it useful in the end though.

But what I have not done much is film myself or my peers teaching. While I do have film of me speaking publically, can you imagine how awesome a video reflection of our teaching practices would be?  For example, if your school,  department or grade level set up a peer review process between people you trusted.  A film would be shot of a teaching practice, then your group can sit down and reflect on how you did all while offering suggestions.  You then get a sense of what your strengths are and what the strengths of your partners are.  From there, you can learn from each other!  A program like Vialogues, where you can quickly leave written feedback at any point during the video, would make it even more awesome.

Video. I still cringe at memories of teachers tossing VHS tapes into VCRs on those seemingly ever-unstable “video carts.” Or the teacher whose substitute plan is simply to leave a video and worksheet for the hapless substitute teacher to distribute and monitor. I believe most parents have had that experience, and also cringe when their child comes home and says, “We watched a video in class. Ms/Mrs/Mr fill-in-the-blank was out today.” Honestly, kids could do that at home. Why bother coming to school?

So, when is showing a video a good idea? Simple. When the video is likely to engage the students in meaningful ways while at the same time conveying content, skills, and/or concepts, use videos. Here is the caveat, the “but.” If the video is worth showing, then it is worth knowing. You need to know what content, skills, and/or concepts are conveyed, and you want a system other than a simple identification worksheet that will check for student understanding. Again, if the video is worth introducing in the class then it is worth some prep work. Why not use Zaption or other video editing tool that allows for built-in pauses, asks questions, and even allows for discussion at key points?

In another context, why not make your own videos, and allow students to make their own as well? It is essential that making a video makes sense given what is being communicated, and it is also essential that all involved are video production literate, and have the tools. Of these three criteria the third is easiest to achieve, with video capture sites offering their basic services for free to teachers and students. Making a video is much more visceral and real than reaching for that DVD. Thankfully, video tech is actually getting easier to use for novices, except for those high-power programs like Final Cut Pro. It is called “Pro” for a reason. Given the relative ease of use, criterium two seems taken care of. Now for the most difficult criterion: when is it the prefered medium? There is no simple answer, but I will give it ago. When no other practical medium offers as much opportunity for accurate conveyance of meaning, use video. Short and sweet.