"Well, let me tell you about the fishbowl!" 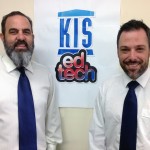 That odd response may very well have been what either Steve Katz or Ben Summerton said when asked to talk about something they were proud of while interviewing for jobs this past fall. Once you hear our conversation, you will come to understand how only Steve and Ben can get away with a response like that and not sound too nutty. The Fishbowl is a professional development hub offering up to 20 sessions per week of specific, targeted workshops and more to staff at the Korean International School in Seoul.  A voluntary program for the staff, Ben and Steve have seen attendance increase from 700 to over 1400 attendees in a single school year. 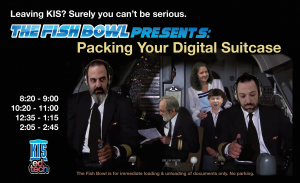 Ben and Steve are looking to replicate this program in their new schools and assisting others to do it in their own school. PS, Steve and Ben did get jobs for next year.  Steve is off to the International School of Kuala Lumpur while Ben is heading a bit further south at Singapore American School.   Maybe Ben can ask Patrick and Jason about failure. ;-) [tweetthis twitter_handles="@stevekatz @bensummerton"]"We believe in the fishbowl." -- Ben and Steve[/tweetthis] [tweetthis twitter_handles="@bensummerton"]"The Fishbowl is a mission for me." --- Ben Summerton[/tweetthis] [tweetthis]"It's more about the relationships than the tech." -- Steve Katz[/tweetthis]

Ben Summerton & Steve Katz are currently working on the educational technology team at Korea International School. Bringing over 30 years of teaching experience in different subjects and grade levels, they have been part of a team that has been an important force in creating positive change in the learning culture at KIS: courtesy of the creation of The Fish Bowl PD program as a stimulus and inspiration for engagement and collaboration with educators throughout the school community.

Connect with Steve and Ben