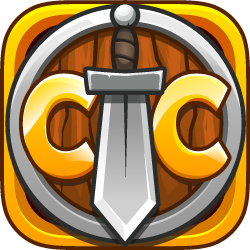 It seems almost without exception that students LOVE to code.  Especially when there is an interactive, web based environment that provides them instant feedback.

So you might want to ask why we would need to gamify a process they already love.  Well the folks at Code Combat went ahead and did that anyway.  They took learning to code to the next level.  If a student already loved coding, then now they would have super love for it.

Code Combat let’s students of many ages learn a variety of languages while advancing through a world attacking monsters.  As you advance up, you earn more bling and are able to buy cooler things for your character such as armor and weapons.  There is a help feature and you simply bang away at it until you get past the next level.

One concern is it is, in some ways, a violent video game. The violence is not gory or over the top, but it still is a matter of attacking and killing.  Maybe some parents would not like that.

The other thing I think about when it comes to these learning methods is will they be able to design a game on their own away from the program.  At the end of all this, can I say to a student “Hey, now make a battleship game.”  Will they know how?  I fear not as they have simply been troubleshooting code in a sense to make it to the next level.  However, it would SURELY be easier to teach kids to code their own projects after they have been through Code Combat or a similar online coding tutorial.

Do I Plan to Use It?

Started using it already.  The kids move at a super pace and at their own ability. They never seem to have questions!  They just go.

You can just have your students sign up with their Google Accounts and go.  A very low learning curve.  If you want to create a teacher account and have your own clan, there will be a little more involved.

Best for ES MS or HS?

Feel free to use it with upper ES and all the way up to HS!

The first 80 levels are free for everybody. After that the cost is $9.99 per month per person, so the cost does go up.  There are discounts for larger groups and teachers can get a free account. Yeah!