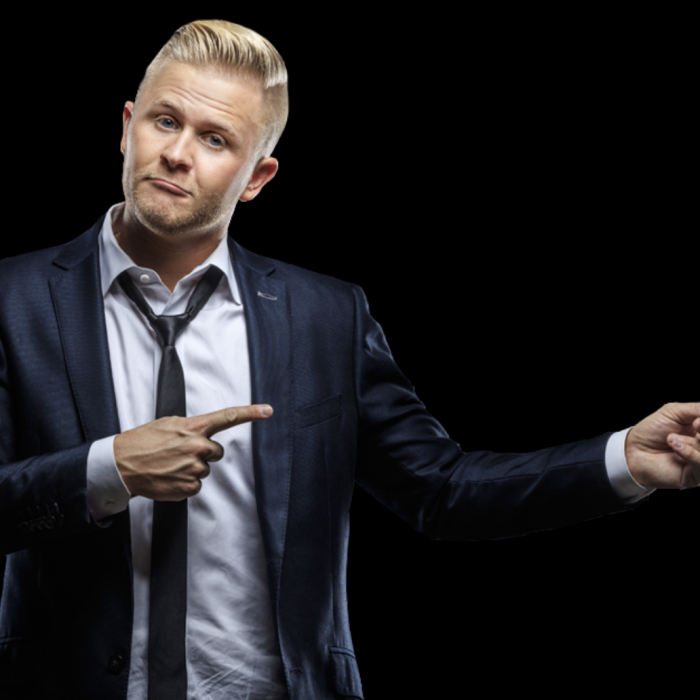 Being The Best For the World | Run Your Life #87

In today’s episode, my guest and I, discuss the themes of ‘making a difference’ and ‘finding purpose’ in regards to pursuing both personal and professional excellence. I feel very lucky to have had, Clint Pulver, on my Run Your Life podcast. Clint is an amazing individual who has committed himself to making a difference in the world through the talents he has worked so very hard at developing within himself.

Clint is an award-winning presenter, entertainer, professional drummer, motivational speaker and actor. He’s has performed on America’s Got Talent and starred in motion pictures with actors such as Jack Black and Jon Heder.

Clint has shared his message with hundreds of thousands of teachers and students around the globe as well as business organizations.

The philosophy he shares is that every single person in the world has unique talents and strengths that can make a difference to others. In developing these talents, strengths, and passions within ourselves, we have the ability to inspire others and to truly change their lives for the better.

In today’s episode, you will hear Clint’s powerful story and how one very special teacher changed the course of Clint’s life when he was 10 years old. And as a direct result of this one teacher’s impact, Clint fell in love with playing the drums and has had drum sticks in his hand every day for the past 21 years.

Clint’s energy and enthusiasm is contagious and it’s so easy to see why he has had such an enormous impact on the students and teachers he has presented to.

The cool thing is that Clint was sitting in his home studio when we recorded this podcast on Skype. I noticed his massive drum kit in the background and presented him with the fun challenge of banging off a live piece for us. He took me up on the challenge and jumped behind his kit and proceeded to play an awesome 20-30 piece on his drums. It was amazing, but unfortunately the microphone couldn’t handle absorbing the sound of this mini-performance, so the quality of audio when he was playing wasn’t very good. BUT, I’m keeping it in as you’ll definitely be able to hear just how talented of a percussionist he is.

I encourage you to check out Clint’s website and his FB page which are included in today’s show notes.

Thanks for listening to this episode with Clint Pulver. Hope you enjoy it!!

Clint is from Heber City Utah. He is a graduate of Utah’s premiere Flight Program, having received his pilot’s license from OK3air and Utah Valley University (UVU), where he also received his Bachelors Degree in Speech Communication with high distinction from UVU’s nationally ranked Leadership Program. Clint was very active in college as a Presidential Leader, Orientation Director, UVU Ambassador, and former UVU Student Body Vice-President.

He has been a Professional Drummer for over 20 years, having played for various professional musicians and in venues like the Vivint Arena, the Stadium of Fire, and the Kodak Theater in Hollywood. For 6 years he directed the UVU Drumline known as the Green Man Group which he founded in 2010, and continued on to direct the Drumline for the NBA’s Utah Jazz until 2015. In 2012, Clint was voted as one of Utah’s most fabulous people and was recently awarded UVU’s distinguished Young Alumni Award. He has appeared on America’s Got Talent and in several different Feature Films with actors like Jack Black (School of Rock) and John Heder (Napoleon Dynamite).

Clint believes that a single moment in time can change a person’s life. He has traveled the world speaking to youth and adult audiences alike, challenging them to simply believe—both in themselves and in the power of others. Clint has dedicated his heart to living a life of significance, not just a life of success: “It’s not about being the best in the world…It’s about being the best FOR the world”.