Finding Your Forte | Run Your Life #76

In this episode, Arsenal Soccer School coach, Tim Jones, shares his journey and the valuable lessons he has learned that have led him on 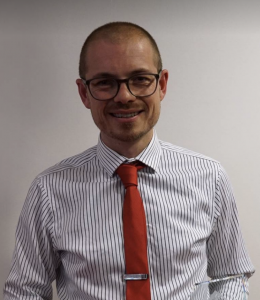 the current path that he is. Tim is a deeply reflective coach who places great emphasis on developing personal and social wellness within his players through specific structures that he implements in each practice session. Although there is still great focus on skill acquisition, Tim creates the conditions that help to develop the whole player in an effort to better prepare them for being part of a team while not lose sight of the importance of their own individual development.

Through extensive study, Tim continually refines his craft by genuinely inquiring into who he is as a coach and what he needs to do to be a better version of himself. In this episode, Tim provides us with a deeper insight into the role that a coach plays in the lives of their players and how growth, learning, and change are of paramount importance in better developing our professional practice.

Tim’s journey actually began in the field of music having completed a university degree in Music and Computer Sound Design from the University of Surrey in the UK. It was through the experience of symphony and playing the viola that Tim learned valuable lessons about creativity and flow. Although he was passionate about music, he began to gravitate more toward soccer and ultimately coaching as this sport has also been a big part of his life for many years.

Hope you enjoy this episode with coach Tim Jones.

Tim is a soccer coach currently working for Arsenal Soccer Schools in Saudi Arabia. His professional career has spanned ten years and five countries as he has sought out professional and learning opportunities. This has included work in the grassroots, charity, University and elite environments, most recently with the Bristol Rovers FC Academy and the University of South Wales Women’s 1st team.

Hailing originally from the British island of Jersey, he was first exposed to coaching through his older brother assisting his sessions with local teams. Indeed it wasn’t until a change of staff at the club, that he was presented with the opportunity for him to take the helm of an adult female team. It was from successes here and a developing love for the craft of coaching that sparked the progression to where he is today.

It was the wish of Tim that it should be noted that all views expressed by him are his own rather than a reflection of his current, or past employers.