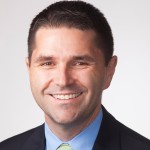 Today I talked with Dr. Matt Harris from the German European school in Singapore,  where he works as the Head of Learning Resources.

President Bill Clinton had a saying in his campaign offices when he was first running for president.  It said “It is about the economy, stupid.”  In Matt Harris’ case, it is about the leadership.  For the record, he did not use the word stupid.

Dr. Matt Harris is the Head of Learning Resources for the German European school in Singapore.  As an educational leader, he has specific focus on its future and the potentially powerful role an edtech leader has on an organization.

Matt is also the board chair-elect for ISTE and will be the first international school educator to serve in that role.  We end our conversation discussing his new role and what he hopes his international perspective will bring to the organization.

Dr. Matt Harris is currently the Head of Learning Resources at the German European School Singapore moving to the British School of Jakarta as Deputy Head of Learning Technologies in August, 2015. He also serves as Chair-Elect of the Board of Directors for the International Society for Technology in Education (ISTE).